UK Safety Begins with You!

Beginning in fiscal 1995-96 the University has been funding the cost of a recycling and hazardous materials program through a charge placed on the purchase of most expendable items and equipment. The rate of the charge in fiscal 1995-96 and fiscal 1996-97 was developed to cover the cost of both the recycling and the hazardous materials programs. During this time both programs were managed by the Environmental Health and Safety Division of Fiscal Affairs.

In the current fiscal year several changes took place in the program that were initiated as a result of the University ensuring it conformed to cost accounting standards. Acting upon the advice of a consultant, the recycling and hazardous materials programs were separated and distinct rates were established for recycling and for hazardous materials.

Starting July 1, 1997 the separate rates in support of each program went into effect. Through the monitoring of expenditures it became readily apparent that there was going to be a problem with the hazardous materials rate. The rate was specific to three (3) categories of expenditures and significantly higher than the recycling rate which is charged to most other expenditures of supplies and equipment.

An examination of expenditure documents has revealed significant shifts in the use of expenditure categories. As a result, Environmental Health and Safety and Fiscal Affairs had to increase significantly the hazardous materials rate to cover estimated program expenses during fiscal 1997-98. Other options were considered, but a determination was made that they would not improve the situation and only add to the costs.

Should there be any questions please do not hesitate to contact me. 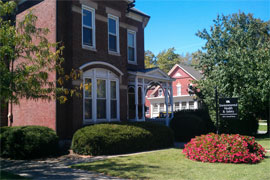